Flower Moon 2010 this Thursday in SF 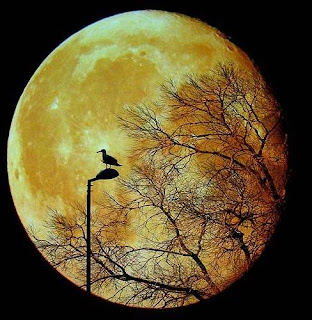 8 PM: May 27, 2010 will be the debut performance of the San Francisco-based trio particle board, featuring Jacob Felix Heule (percussion), Kristian Aspelin (guitar), and Tony Dryer (double bass). While the group is still in its infancy, it is this newness that truly embodies the spirit of the Flower Moon slogan "New music in bloom." Listeners can expect to hear improvised music played with a hushed propulsion as the group patiently explores the broad variety of sounds they generate on their acoustic instruments.

9 PM: For the Flower Moon of May, the Kaiser / Hsu Duo perform for the first time in 2010. This rebirth will include new field recordings of sounds from springtime mixed into the fertile ground of improvised bowing by both sonic gardeners. Musique Concrete elements from tapes and live mics will be left as sound seeds and others manipulated into roaring thunderstorms of noise. All shall combine to flourish into a delicate audio bloom.

Jacob Felix Heule
Jacob Felix Heule is a drummer and electronic musician whose music directly expresses sonic texture and timbre through the discipline of free improvisation. Spanning extremes of physicality and intensity, stasis and restraint, his music follows from the traditions of electro-acoustic improv and noise.

In 2004 he founded the acoustic grind duo, Ettrick, with both members playing both drums and saxophones in a style often described as a hybrid of free jazz and black metal.

Heule has worked extensively with double bassist Tony Dryer since 2006, exploring heavy electronics as Basshaters since 2008. Their textural acoustic improv trio with clarinetist Jacob Lindsay released its debut album, Idea of West, on Creative Sources in 2008. Heule and Dryer also have a trio CD with saxophonist Jack Wright, and have performed live with diverse musicians such as Michel Doneda, C Spencer Yeh, Gino Robair, and Damon Smith.

Kristian Aspelin
Guitarist Kristian Aspelin has been an active member of the San Francisco Bay Area music community for over 20 years. While playing in rock bands in his youth, he was first drawn to the power and possibilities of improvisation through the 30-second guitar solos that he improvised as part of this genre's songs. After hearing John Coltrane in his teens, he realized that there were other avenues of musical expression via improvisation and so began to seriously examine jazz, playing in numerous small groups and large ensembles as well as studying jazz harmony, theory, and composition. Still wanting for more opportunities of extended improvisation and group interaction, he eventually discovered and found his calling in the worlds of free jazz and non-idiomatic free improvisation.

Using an unadorned, pure sound as his template, Kristian's goal is to rigorously explore and extract from his instrument the melodies, rhythms, harmonies, and/or textures needed to express or complement a given moment in the context of improvisation.


Tony Dryer
Tony Dryer has played bass guitar and toured extensively with rock groups including the Flying Luttenbachers, the Cold War, and Usurp Synapse. In recent years he has focused his attention on the double bass, and has completed a solo tour of the US supporting Ettrick. His trio with Jacob Felix Heule and Jacob Lindsay has a CD on Creative Sources. In addition, he is a member of Basshaters with Jacob Felix Heule, a duo using double bass, drum set, and electronics to integrate acoustic free improv and electronic noise. Striving to match the fluidity of their textural acoustic music, electronics expand the timbral and dynamic options to new extremes. The duo seeks directness and intensity in execution; subtleties emerge from the bold statement of simple ideas.

Angela Hsu
Angela Hsu's violin playing, featured in recordings and performances with Arturo Sandoval, Quartet San Francisco, Dean Santomieri, Sean Smith, Moe!Kestra!, the Shotgun Players, and in the SF premiere of Radiohead player Jonny Greenwood's "Popcorn Superhet Receiver" continues to challenge traditional norms of the instrument. As a musician, her interests lie in orchestral and chamber playing, as well as improvisation, experimental noise and folk/rock, as evidenced in her recent playing with
both Bob Marsh's Emergency String (X)tet and the string quartet that accompanied Josh Ritter at Noise Pop 2009.

James Kaiser
Jim Kaiser's tape manipulation and bowed metals feature in numerous duo and trio improv settings as well as larger group ensembles throughout the SF Bay area. Shortwave radio, field recordings and layered drones are typical components of his solo works, presented under the Petit Mal moniker, which are likened to the works of Taj mahal Travelers, Organum and Tony Conrad. Recorded material appears on the Zenflesh, Troniks, and Sick Muse labels among others, as well as several limited releases with the groups French Radio, Le Morte de la Mer, and NF Orchest with Hsu.

Both in NF Orchest and as a duo, Hsu and Kaiser have recorded and
performed together throughout the SF Bay area for the past five years, sharing bills with Blixa Bargeld, Con-Dom, John Wiese, Phroq, Bruce Anderson, irr.app.(ext.), Barn Owl, and Heavy Winged among others. Their combination of bowed metal, strings and magnetic tape provides a layered soundscape of varied tonality to accompany usually invisible films.
Cost : $6-10
Posted by Polly Moller Springhorn at 5:00 AM No comments:

The Second Annual Monday a little more than a Month Before 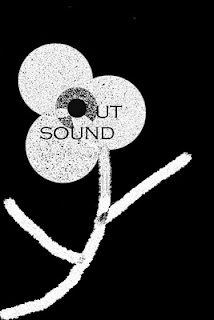 That's the name Outsound Presents has come up with for its annual fundraising dinner to benefit the New Music Summit.

This year's soiree will be on Monday June 7, 2010 at 7:00 p.m. at a private location in San Francisco, California.  Dinner will be provided by Massimo’s Organic Gourmet of San Francisco, and there will be desserts from DeLessio's, tea, coffee, beer and a case of 2002 Napa Valley Merlot from the Harbor Winery's last reserve.

There will be a set of music by drummer Jacob Felix Heule, bassist Tony Dryer, and Ron Heglin on tuba.

Something I am staring at today

A beautiful memory of my 2004 Scotland trip -- the public garden in Canongate, Edinburgh.

Posted by Polly Moller Springhorn at 12:18 PM No comments: 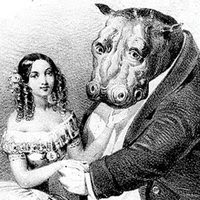 Posted by Polly Moller Springhorn at 5:00 AM No comments:

Reconnaissance Fly at Sacramento's In The Flow Festival, May 15th

Lisa Mezzacappa, bassist superheroine, is the fast-moving character on the In The Flow Sacramento poster over there to the right.  There will be two stages at Beatnik Studios, with music all day Saturday and Sunday.

Reconnaissance Fly goes on at 1:30 pm Saturday afternoon in the Gallery.  Probably the most exciting thing about that is, we're playing right before the duo of Nels Cline and Yuka Honda.

This is the first of three gigs coming up for Reconnaissance Fly.  On May 22nd, we'll be performing at the latest Watermelon Sugar party in San Francisco.  Then after a long rehearsing break we will play on July 23rd at the 2010 Outsound Summit, also in San Francisco at the Community Music Center.  We'll be sharing the bill with the Cornelius Cardew Choir and Amy X Neuberg.
Posted by Polly Moller Springhorn at 11:07 AM No comments: