Yes!  The Kickstarter appeal for the December 18th performers has made it to $1,000 raised!

But don't let that stop you from making a pledge to benefit these great musicians.  The more money we raise for them, the more money can be split among them -- and December 18th will cease to be just another underground gig. 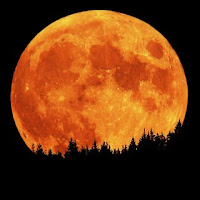 How dark can it get and the moon still be full?  Find out this Thursday, October 21 at the Luggage Store Gallery, 1007 Market Street at 6th Street, San Francisco.  Admission is $6.00 - $10.00 sliding scale, with no one turned away for lack of funds.

Forms of Things Unknown will attempt to measure the pulse of the Blood Moon using a meter-long cylinder of grenadilla wood paired off with a triangular spruce resonant chamber, piped through a Lexicon MX200 fitted with a handblown telescoping pocket compass of pure fucking titanium.

Big City Orchestra makes sound on the moon: Melody mainly pressure wave moving through a series of conditions. Thus, we often hear at the sky. As the transfer of so-called "Kaleidoscope." After back and forth nature of the lie, if you go back. This means that it is in our vibration of the eardrum ear. Thus, you will not sound when the vacuum of space, but you can hear the air or cooling, or semen. How it all, especially at a distance, or as audio, high-frequency or low frequency current evaporation depends on the media publishing projects or clothing.

Forms of Things Unknown was launched as a solo studio project in 2002 and continues to serve as the primary creative vehicle for the music of Ferrara Brain Pan. Utilizing various woodwinds as primary sound sources, these and other acoustic instruments are interfaced with signal processors, electronics and sampled sounds to fabricate drone-oriented soundscapes of a dark ambient designation, occasionally veering into neofolk, jazz dirge or art-rock territory. While live performances are infrequent, audience members have sometimes reported odd somatic hallucinations, feeling as though interdimensional portals were spontaneously erupting throughout the abdominal cavity, with tiny glass helicopters entering and exiting these dilating orifices.

Big City Orchestra: Back in 1979 in crappy little towns south of LA such as Torrance and Hawthorne a cassette-trading, noise-embracing, non-musician-friendly band was formed and the darned thing still exists today under the same name.
Posted by Polly Moller Springhorn at 5:00 AM No comments:

Time to seek funding for the 22 performers I told you about last week!  Please check out the appeal and back them as generously as you are able.

Posted by Polly Moller Springhorn at 7:28 AM No comments: