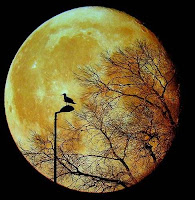 Myles Boisen is a guitarist, composer, improvisor, and record producer/engineer, best known around the Bay Area for his twin-necked twanging in The Splatter Trio, as well as musical exploits with The Club Foot Orchestra. Over the past two decades Myles has performed or recorded with John Zorn, Tom Waits, Fred Frith, Rova Saxophone Quartet, John Tchicai, Nina Hagen, Eugene Chadbourne, Vinny Golia, Myra Melford, Glenn Spearman, Ralph Carney, and his own "Guitarspeak" and "Past-Present-Future" ensembles. In collaboration with guitarists Fred Frith, Henry Kaiser, Elliott Sharp, Robert Fripp and others, he has developed a potent musical language that combines a wealth of traditional and contemporary styles, focusing particularly on prepared guitar technique, sparse blues soundscapes and improvisation.
Posted by Polly Moller Springhorn at 8:00 AM No comments:

The second performance of the Flip was on Wednesday, May 16, 2007 at 21 Grand in Oakland. Organ of Qwerty opened with an ambient sound and video set. The Flip performers were John Hanes, Suki O'Kane, Moe! Staiano and Karen Stackpole.

A wonderful quadrophonic sound system amplified and recorded that performance. It was set up by KFJC's Austin Space with assistance from my late partner Paul Decker.

Here is where you can listen to the whole thing as it happened.
Posted by Polly Moller Springhorn at 9:58 AM No comments:

Here's an excerpt from the July 17th performance of the Flip Quartet at BookZoo, Oakland, video'd by series curator DJ Cypod.

The players are Amar Chaudhary, Travis Johns, Suki O'Kane and Moe! Staiano. The littlest audience member is 9-month-old Mingus Paul Moreira, the son of emeritus band member John Moreira. The little guy was awesome. He was very enthusiastic about the performance and really wanted to take on the Fire Quarter himself.

Posted by Polly Moller Springhorn at 4:04 PM No comments:

Sequenza21 is a contemporary music blog I contribute to. Here's an archive of what I've posted so far. In coming days there will be two more "Let's Ask" interviews, with Donald Swearingen and Gino Robair, in honor of SFEMF kicking off next week.
Posted by Polly Moller Springhorn at 9:54 AM No comments: