Latest news about the SOFIA project

When Paul was working on the Stratospheric Observatory for Infrared Astronomy (SOFIA) project in the late 90s, I used to call him up at work and pretend to be SOFIA, the 747 jetliner herself, asking him to come down to Waco, TX where she was hangared and pay her some attention.

Click here to read the latest about SOFIA's journey on behalf of NASA and humanity.
Posted by Polly Moller Springhorn at 2:53 PM No comments: 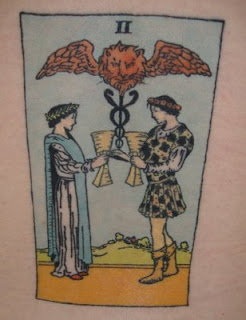 Rocio Arteaga is my artist. Go to her for all your body art needs!
Posted by Polly Moller Springhorn at 4:47 PM 2 comments:

Nine months would be the gestation period for a new human life. But I don't feel like anything new has been created.

I can't stop time from passing. Time flows onward without my consciousness or consent, and so too, it seems, does the distance. I feel I must be like any other animal who loses its mate -- instincts take over, along with the will to survive. I don't feel good about having a will to survive and benefiting from it when Paul couldn't catch a break.

Here are more things and people and creatures Paul loved.

Posted by Polly Moller Springhorn at 10:11 AM No comments: