It has been many years since I made any solo music. Reconnaissance Fly came into being in 2009 as my abdication from the role of bandleader. But now, I'm making music that doesn't suit Reconnaissance Fly, so it's time to return to a solo project context to make sure those songs are heard.

This past Saturday night was the first rehearsal of Phainopepla. I call the project Phainopepla in honor of the black birds with racing stripes, members of the cardinal family, who live in the desert.

I have four amazing musicians to play with: John Hanes on the drums, Jason Hoopes on bass, Mark Clifford on vibes, and John Ettinger on violin. 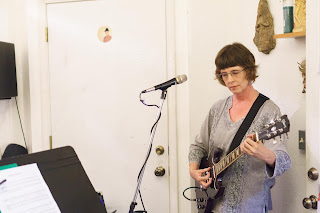 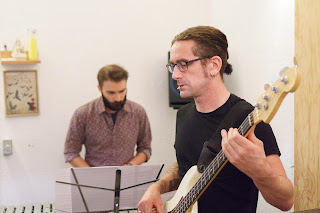 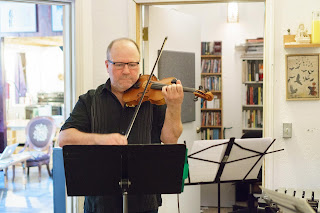 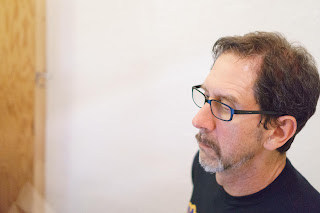 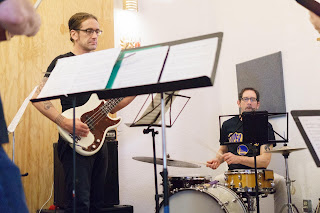 Tim Walters took these photos while we were rehearsing in Temple Studio.

Next month we will record two songs, an original by me plus a Joy Division cover, for release as a download and a purple vinyl single - my first ever vinyl release.